Aston Martin celebrated turning 100 in 2013 but the British automaker had much more to celebrate last year than just its centenary. For the 12-month period ending December 31, 2013, Aston Martin managed to sell approximately 4,200 cars worldwide, an increase of 11 percent on the previous year, and its profits came in at £84.8 million (approximately $142.6 million), up a substantial 22 percent on levels a year ago. The increase in sales and profits in 2013 was due to the launch of new products like the Vanquish but also the expansion into new markets, including Mexico and Thailand for the first time. Furthermore, the increasing popularity of bespoke services offered through the Q by Aston Martin personalization department has also helped the bottom line.

The profits, together with cash from a recent bond issue and further investment from its owners, mainly Investindustrial and Investment Dar, means Aston Martin will be able to undertake this year the biggest investment program in its history.

“We will, in the next few years, be implementing the biggest investment program in our 101-year history,” Aston Martin CFO Hanno Kirner said in a statement. There are two main pillars in the investment program. One is the development of a brand new platform to replace the aging—albeit continuously updated—VH platform that dates back to the start of the century. This platform will underpin Aston Martin’s next generation of sports cars.

The second pillar is the purchase of engines and electrical systems from Mercedes-AMG, the in-house tuner of Mercedes-Benz.  The deal, struck late last year, will see Aston Martin get a replacement for its V-8, although its current V-12 is expected to continue being sourced from Ford for the foreseeable future. Unfortunately, there’s no mention of a platform-sharing deal with Mercedes-Benz. Although it’s been reported that there are discussions underway to allow Aston Martin to utilize the next-generation Mercedes GL-Class platform for a new SUV, a lack of funds and a need to focus on its renewing its sports car portfolio likely means this option is off the table for Aston Martin at present. 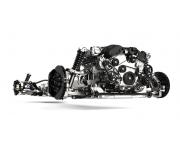 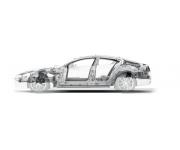 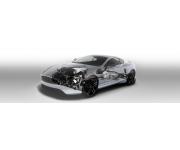 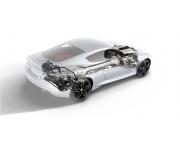 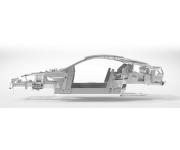 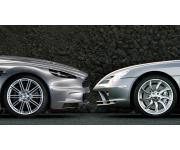